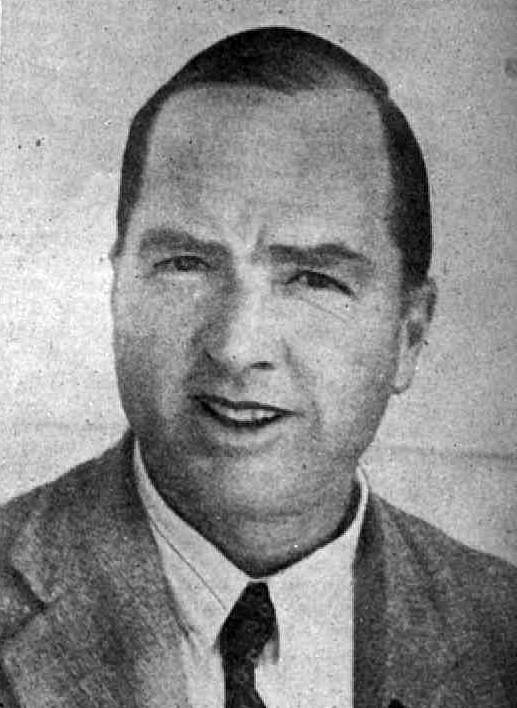 I first remember him in the early 1920s when we lived in an old colonial style house at 8 Heyman Road, Suburbs, Bulawayo.  The house had a wooden verandah around 4/5ths of its exterior and Ken paraded up and down blowing his bagpipes to the entertainment of all the neighbours.  A very versatile fellow.

He was educated at Plumtree School where he himself confessed that he was not very brilliant academically. In fact he had great difficulty with quite a few exams in Matric and later at University. His one claim to fame at Plumtree was that in 1928 he was Captain of the school 1st XI Cricket.  He was a left handed opening batsman and the team had no less than six other left handed players. Surely a record and that must have caused consternation amongst opposing school 1st XIs that year.

He left school at the height of the depression and couldnt find employment. For a while he was employed at the school coaching games, maintaining playing fields etc etc. and then a spell with the Customs Dept in Bulawayo. Finally another teacher and Rhodesian cricketer, Hendries Pattison, persuaded Ken to become a teacher.

He headed for Rhodes University in Grahamstown where he got a job at St Andrews Prep School. He then paid his way through University for the next few years and obtained a B.A degree and one year teachers training qualification, which gave him the entrance to teach at Rhodesian high schools.

His highlight at that time (1936) was being picked to play for Eastern Province against the touring Australian cricket team. He opened the batting and spent a long time accumulating not many runs but the likes of the great bowlers Grimmett and OReilly had problems removing this stubborn batsman !

In Grahamstown he met Eleanor White and they subsequently married much to the dismay (I am told) of many other aspiring females both there and back in Bulawayo.  He was a good-looking young man who could charm all and sundry.  Unfortunately they had no children.

Ken and Ellie were first posted to Chaplin High School in Gwelo where one of his first pupils was head boy, a man who had great influence on the rest of his career, namely Ian Douglas Smith, Prime Minister of Rhodesia from 1965 to 1980.

From Gwelo back to Plumtree where for many of the war years he was housemaster of Lloyd house. He was not allowed to join the armed forces, as he was too valuable as a teacher.

After the war he was housemaster of Tait House at Umtali Boys High.  A safe haven for naughty boys, then to Fort Victoria as Headmaster and finally back to Umtali as Headmaster of the Boys High School.  This was the peak of his career.  He was well loved by all and sundry.  The school benefited greatly from all his experience as a teacher, administrator, sports coach, not to mention getting a new school off the ground with playing fields, gardens etc and to top it all, a magnificent school chapel. Part of his success was working hand in glove with parents and old boys whilst not losing touch with the outside world by such activities as Rotary, Umtali Club and Ken was a founder member of Casuals Cricket Club in Umtali.

With sponsorship from Rotary, Ken and Ellie made a very good team who used to take a party of senior schoolboys on an expedition every year to all parts of southern Africa. A wonderful educating experience for a lucky few boys.  Ken was decorated for Public Service.

After leaving Umtali Boys High, Ken turned his hand at being a successful hotelier at the Wise Owl in Umtali, ran a fruit farm at the border post with Mocambique, kept bees and still played a prominent role in the life of Umtali.

Being well versed in the art of public speaking, he fell into his last public office with great ease. He became a politician for the first time as a Senator, I think sponsored by Ian Smith.  Despite the hazards of the Rhodesian bush war and being well into his 70s, Ken travelled backwards and forwards between Umtali and Salisbury on his Senatorial duties.

He and Ellie finally retired to the Eastern Cape where he died in his eighties.

A truly great Rhodesian, an outstanding Headmaster with many and varied talents.

Our parents died when I was still fairly young. There was a seven year gap between us and Ken taught me a lot about life and how to live it, as I am sure he did for generations of boys who will for ever remember him if they were fortunate enough to come under his influence whether it was at Plumtree, Chaplin, Fort Victoria or Umtali Boys High School.